For round 9, we will play Batsugun!

It was one of their last games before they went defunct, and is widely regarded as the first ever "manic" or bullet hell game.

Therefore it has an interesting place in gaming history, positioned between oldschool and newschool shmups. It's about time we played it for the RGC. One wonders what went through the minds of the first ever players of Batsugun when they saw so many bullets for the first time   :-D 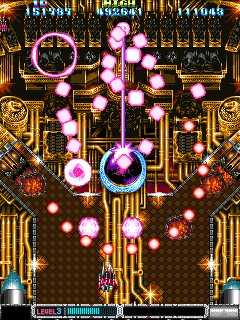 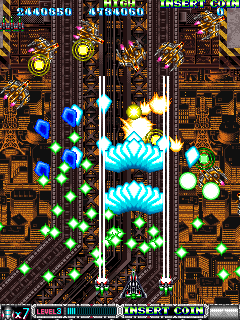 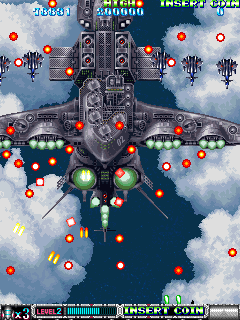 Goal will be the usual: See how far you can get on 3 credits.

No time frame on this one, we'll just play it casually until we get tired of it.

After many years, organic io finally obtained a proper joystick. I got this back last autumn and haven't used it much since then, but that will be changing soon   :)

The stick is the Mayflash Universal Arcade Stick: 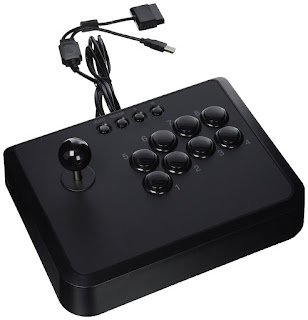 It can be connected either via the Playstation style connector or USB. Works great in Windows 7 and Windows 10.  It has 8 main buttons, a smaller 9th and 10th button, and an "auto" and "clear" button.

I put it through its paces tonight with some games I'm very familiar with...

Under Defeat which I have 3 cc'ed before: 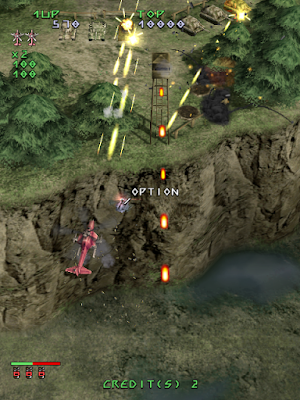 Gigawing which I have 2cc'ed before: 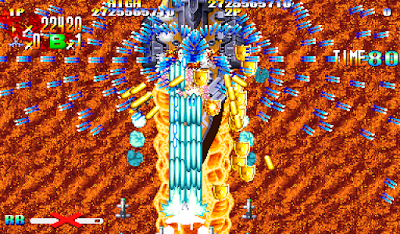 and finally Progear which I have also 3cc'ed before: 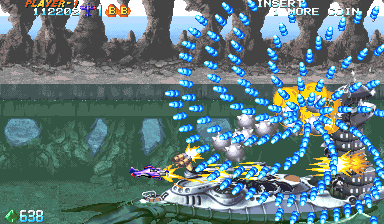 The joystick has a nice large heavy base. It fits well in my lap and doesn't slide around during play at all.

The stick itself has a nice satisfying clicky feel and you can even hear it "click" when it moves around. It is very responsive. The buttons feel nice and responsive as well.

Initially during Under Defeat, I had it plugged into a USB hub. When I started playing Gigawing I noticed a slight bit of input lag, and so I plugged it straight into the computer's USB port. Clearly the faster pace of Gigawing made me notice the input lag, so it is definitely recommended to plug straight into the PC to make sure there is no lag.

Overall quite a good stick and well worth it.